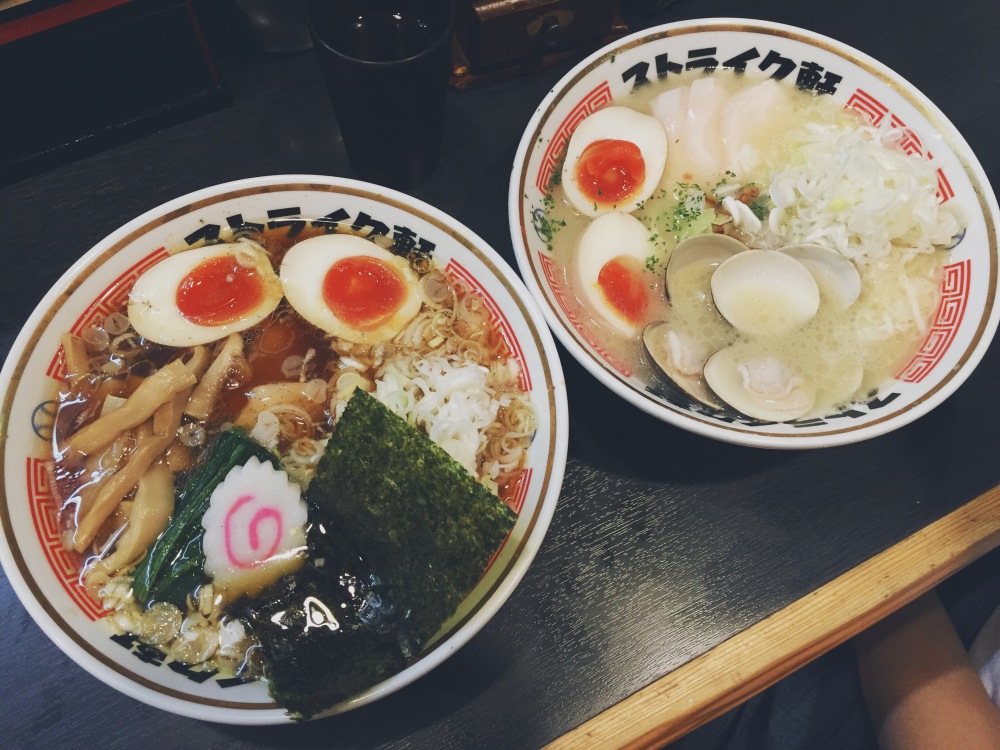 We were starving and it was about 8.30pm when our Shinkansen pulled into Shin-Osaka. It was a mad scramble to find a hearty ramen joint to fill our rumbly tummies and a quick search on Instagram (yes, instagram!) unearthed this gem.

It has a non-descript, unassuming front which we passed by before doubling back. Pushing aside the plastic blinds, we were greeted with…a vending machine which we had to make our orders, completely in Japanese. Without the help of a fellow customer I think we would have spent about another 15 minutes deciphering the Japanese.

There are only two choices; shoyu or shio (salt). Both KYW and I have never been fans of either, but there were two of us and two types to try, so a bowl each we ordered. We got the ‘mini’ size, with an add on egg each.

It’s difficult to describe the taste of the shoyu – how something so simple can have a lot of depth is beyond me. It was comforting and exactly what I needed after a long day of traveling. I loved the bamboo accompaniment!

On the other hand, the shio came with slices of tender poached chicken and some clams. It was a lovely mix of seafood and chicken shio broth, and was reminiscent of a tonkotsu broth in that it was creamy, but the difference being that this was much lighter, and a lot more unique – both of us had never had anything like that! I think it was lighter on the palete than the shoyu and if I really had to pick one, I’d go with this shio though I’d recommend going with a friend to try both.

On the way out we spotted a sign on the wall where Sutoraikuken was awarded 373th out of 38,000 in Tabelog’s list of best ramen-ya. Didn’t even realise they were in the top 1% but they truly deserve this award. I’m definitely coming back the next time I’m in Osaka.