I had high expectations for this one – it had been on my to eat list for about a year already and I had read loads of reviews about its famous iberico char siew!

Mott 32 is located at the basement of the Standard Chartered Building, a quick ten minute walk through air conditioned buildings at the cluster of offices at Alexandra House. Mott 32 evokes a Great Gatsby / Roaring 20s feel. It is very cool.

When we got there, the front of house unhelpfully told us she couldn’t find Sarah’s reservation. After 10 minutes of going back and forth, we found that Mott had mistakenly reserved it for 27 April instead of May. Still, they didn’t offer us a seat until we asked to be given a free table. Not a good start…

..but nothing a bit of iberico char siew cannot make better. This slab of char siew was seriously glistening (I kid you not) and because I was in the company of Sarah’s colleagues I couldn’t snatch it all up for myself. I really wanted to. Because it’s iberico, it also happens to be super duper pricey at hkd 350.

I think my favourite was the snapper  spring roll with dill – it’s fried but not too oily, and surprisingly, it works. I’ve never had a fish based spring roll, the taste was v clean on the palate and I felt like I could scarf down 3 more. 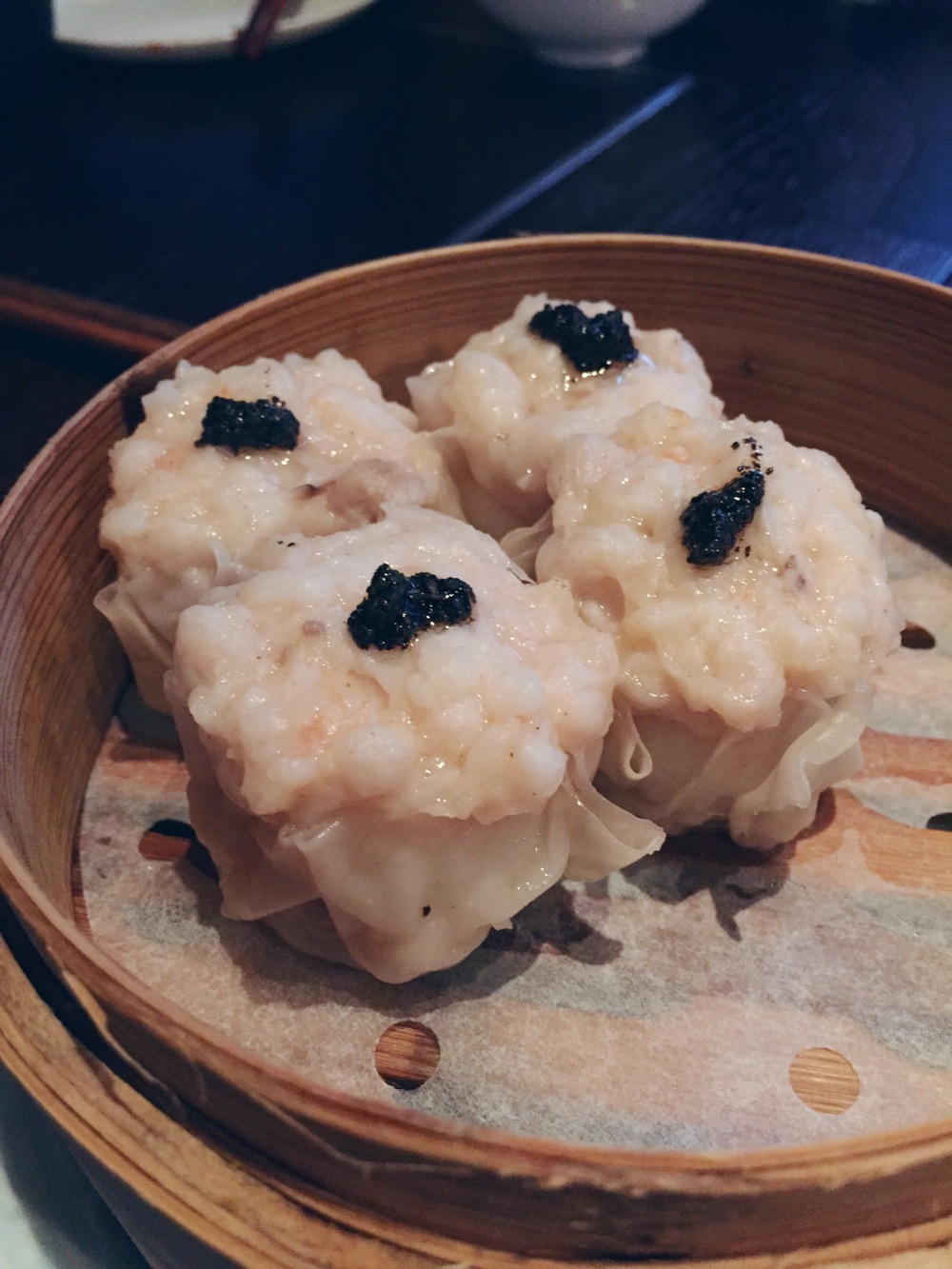 The quail egg iberico siew mai was quite a fun surprise with a runny quail egg in the middle. I’ve been told that this is actually a vey traditional dim sum fish, but again, I’ve never tried it! Love quail eggs, love iberico, so I loved this.

Obviously as Mott 32 tries to distinguish itself from other ~modern~ counterparts, the cheung fan (rice roll) has to be unlike the rest. We shared a cod fish cheung fan and honestly I don’t see why dim sum places don’t use fish in their rice rolls. I suppose it also in part is due to cost.

IBecause we dined in a group of 4, and most of the dimsum were in 3s we had to specially request that they serve us in a portion of 4. Mott wasn’t super accommodating on that, and the attitude was pretty brusque. One Michelin or not, this is really quite off putting & in Hong Kong’s competitive dining scene, I might actually choose to spend my money elsewhere, even with that super sick iberico char siew.