Bonsoir mes amis! I love Paris – the food is always amazing. Was in a mega grumpy state when I arrived at Gare du Nord because my train from Manchester to London was delayed because of an added stop at Rugby after 3 trains before mine got cancelled due to a maintenance fault. Was rushing to find a toilet at St Pancras as well – WHERE ARE ALL OF THEM!??? – and panicking that I wouldn’t be able to check in in time, but okay whatever, arrived at Gare du Nord safe & sound!!!

One thing to note, please don’t be late for your dinner reservation in Paris. We were 20 minutes late for ours and were greeted with disapproving looks. OOOOPS. Can’t really fault them because.. it technically was our fault. Well, Eurostar if you really wanted to pinpoint the blame.

Paul Bert does a menu prixe fixe thing where you mix and match the courses that you want to have. There are 5 choices in each category to choose from and I think the range is quite diverse and will provide for most people. The only problem was deciphering the French. Google Translate is a crappy translator because… I wanted to confirm if mulet was fish & all it gave us was ‘mule’… but after seeing diners on the other table get some white fish tartare I was SO GUTTED. 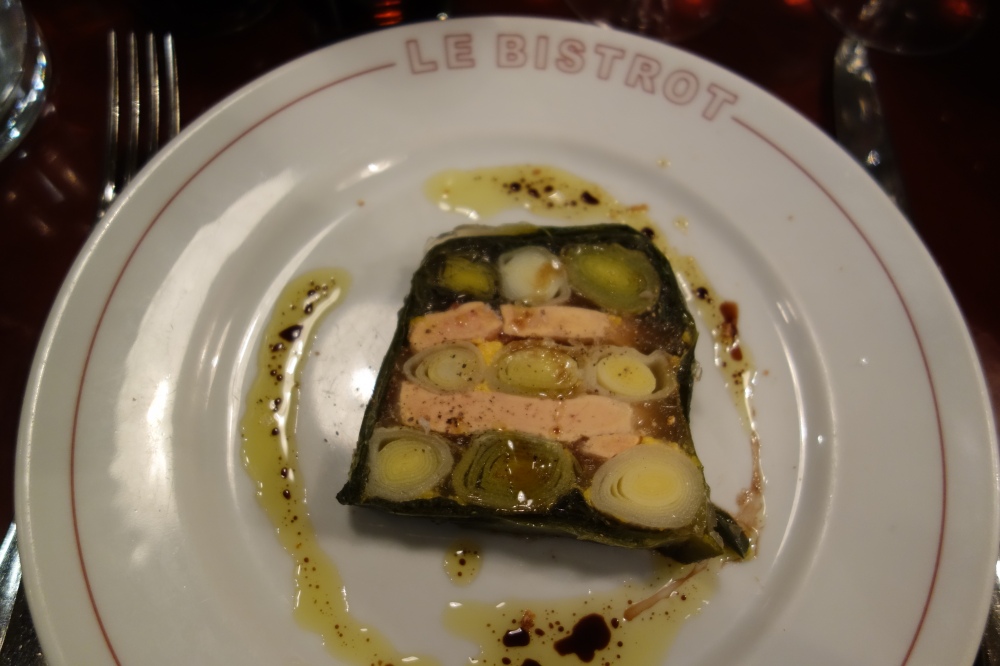 Yuwen started with the scallops in butter while I had the leek with foie gras. The scallops were fresh and chewy; the way fresh seafood should be and the butter really brought out the flavour well. The leeks were unlike anything I’ve ever tried – it is difficult to really describe them except they were marinated well and provided crucial balance to foie gras which can get really intense and gamey (in other words, gelat) after a while. Who would have thought foie gras and leek were such a good match? 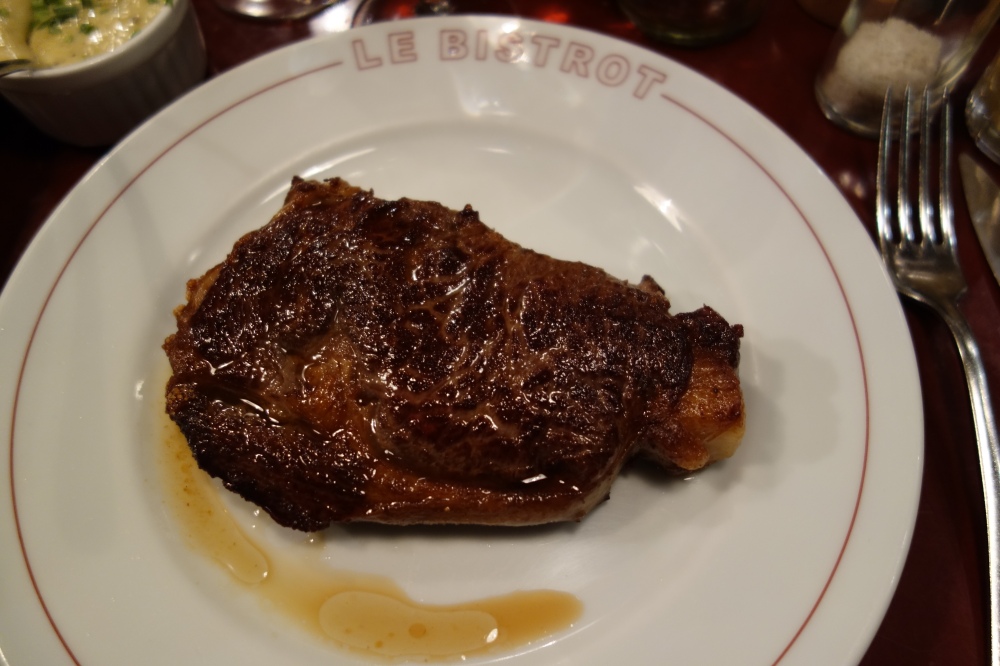 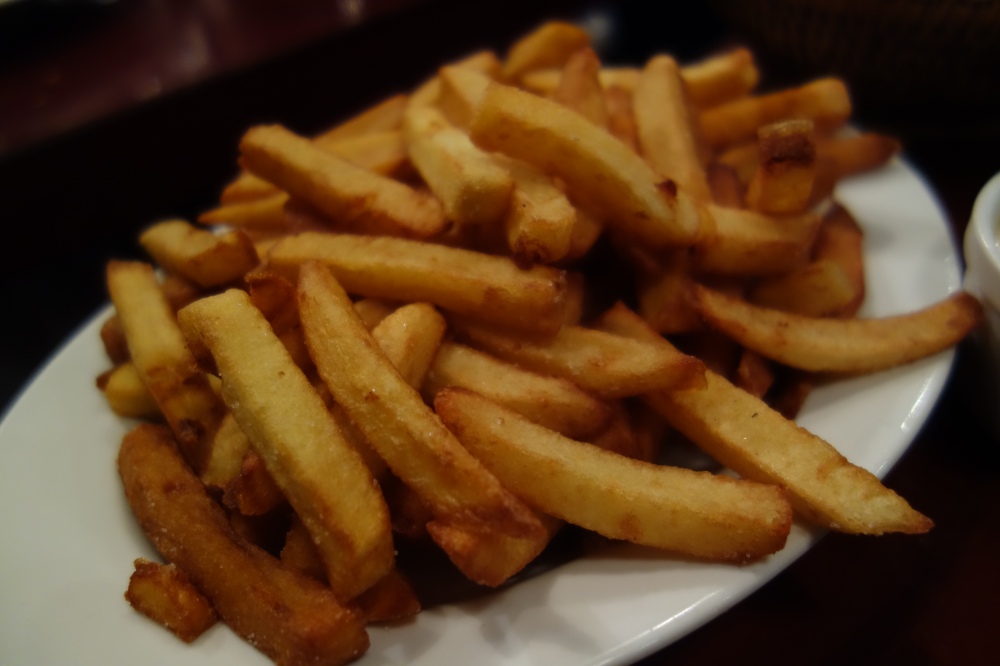 For the mains, both of us naturally went straight for the l’entrecote having read SO MUCH about it online, and watching tables before us get served with the entrecote. Seems like it was a popular choice! The one that really sealed the deal was actually the frites. The wafts of freshly fried frites on other people’s tables were driving both of us nuts – one can only imagine our happiness when our steak frites arrived. FIRST THING: OMG THE SLAB OF MEAT. It was huge. SECOND THING: THE FRIES!!!!! Cutting into the beef was amazing, the cross-section looked suitably pink (medium was truly medium!!) and the beef was well seasoned and marinated, I didn’t even use the accompanying bearnaise sauce. Had it with mustard; I would say I’m a purist but then again, I guess if I’m truly a purist I wouldn’t even need mustard.. Yu Wen commented that the steak was way better than the one she had at CUT (by Wolfgang Puck, in Singapore) which was simply overpriced. The frites were on a whole new level. Lightly sprinked with salt, the frites were cooked perfectly with the taste of the potatoes coming through. I don’t know how they do their frites but everyone should take lessons from this Bistro because we couldn’t stop eating them. They were REALLY something. (Edit: Actually, France just does frites really well.) 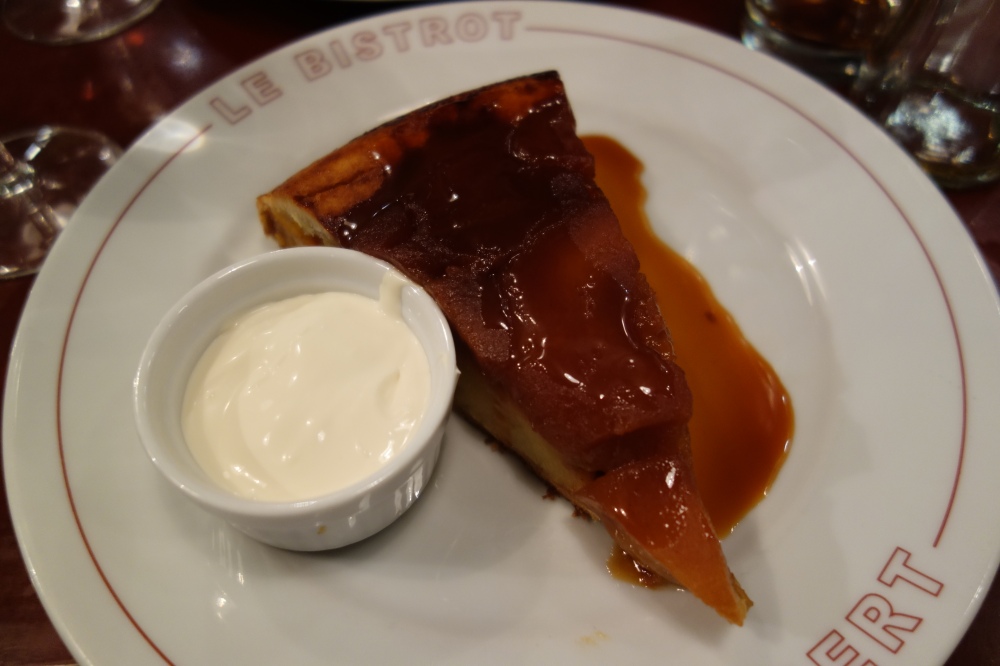 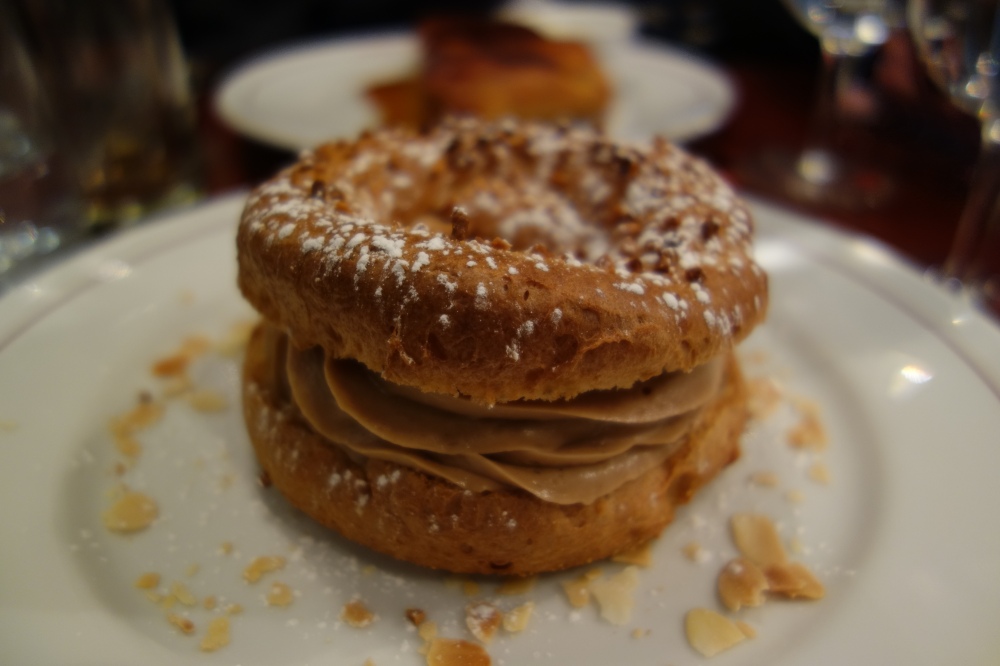 Dessert portions were also MASSIVE. We shared the Paris Brest and the Tarte Tartin. Both were excellent. Paris Brest is a hazelnut pastry filled with hazelnut cream, in a shape of a wheel. The hazelnut cream was so light, and not overly sweet – it was addictive. The tarte tartin was also well cooked, with a slight smokiness to the apple. It was more like a stewed apple dessert rather than a tart… but not really complaining. So gooooood.

Even the table bread was wonderful – there is just something about French bread, isn’t it!? Paul Bert is a place that I would make a point to visit if I ever return to Paris. It was €36 for 3 courses, and I daresay we really did get more than our money’s worth, considering the portion sizes. Nowhere in UK/Singapore have I gotten anything this special and at such a steal. My only gripe was that coke cost me €5 😦 That was purely my fault though. Paul Bert is really special, and I like that it’s a bistro, which means it’s more intimate and personal, literally, as everyone is squished together – not much of fancypants dining, but just French classics done simply, and done well.