THE END OF EXAMS!!!!!! I know this space has been dead for a long while, but not to worry, Tummytay has gone out after exams to eat at a few places just for my few readers. You guys can live vicariously through me. Anyway as a treat of sorts (and because I took some more photos from dinner that day that were beautiful, though not as great as Renjie’s, but still quite pretty) I’m posting up some pictures of Manchester bathing in the sunlight. The past few days have been amazing. Hot, sunny weather that went up to 25 degrees! 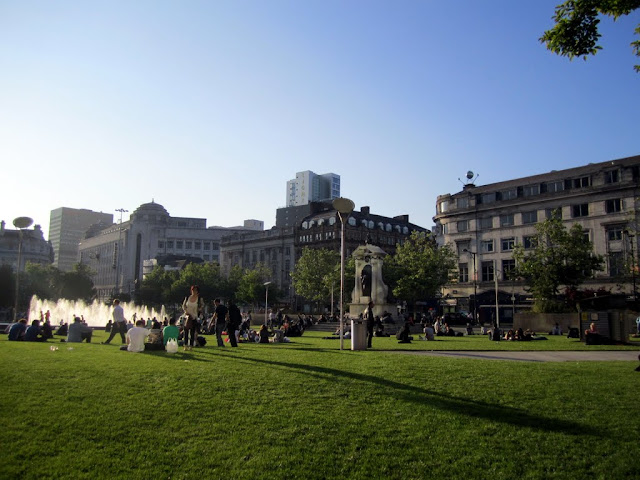 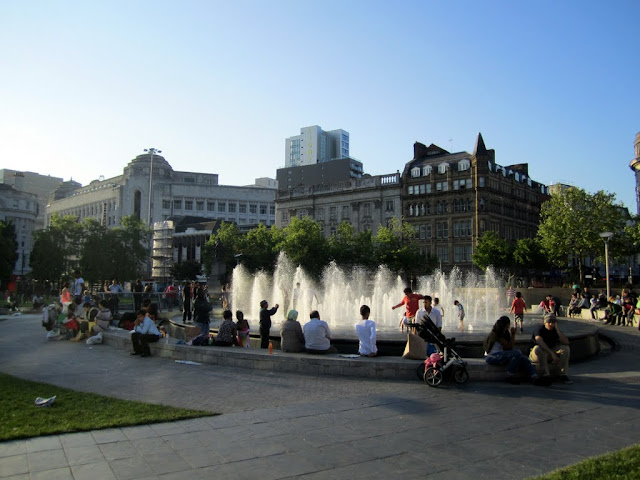 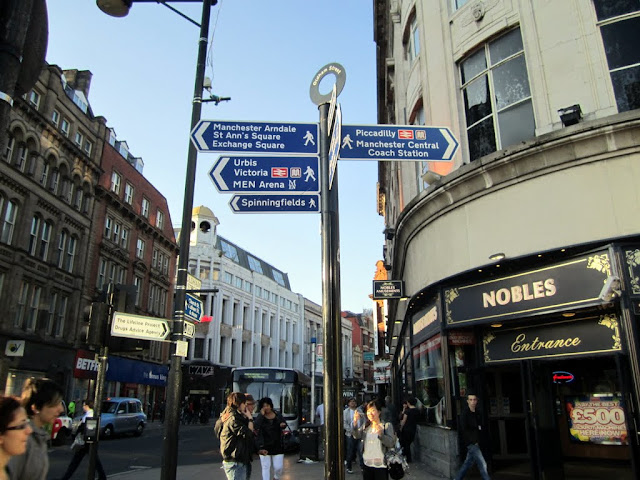 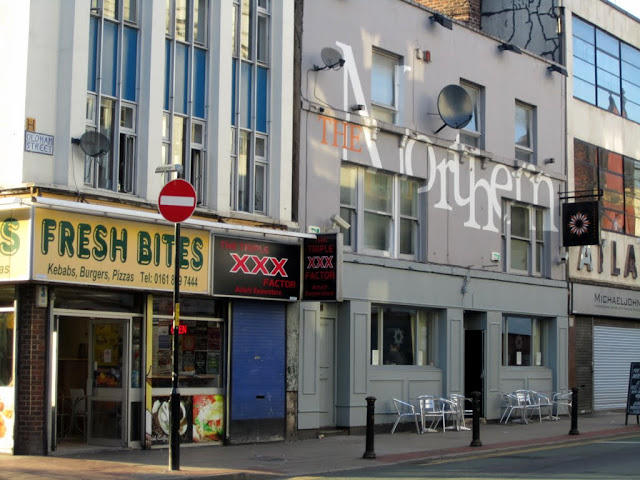 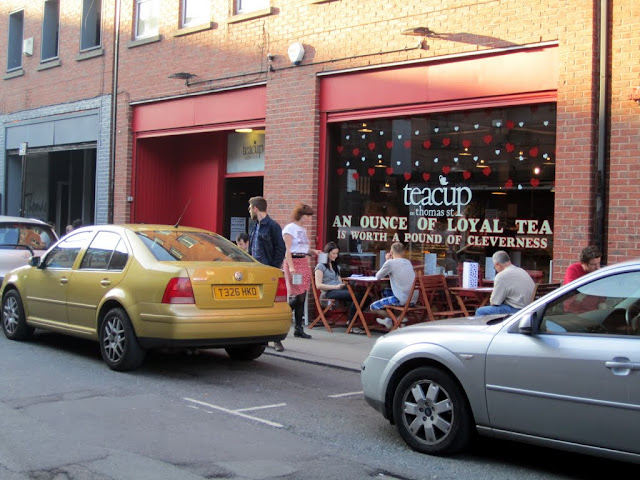 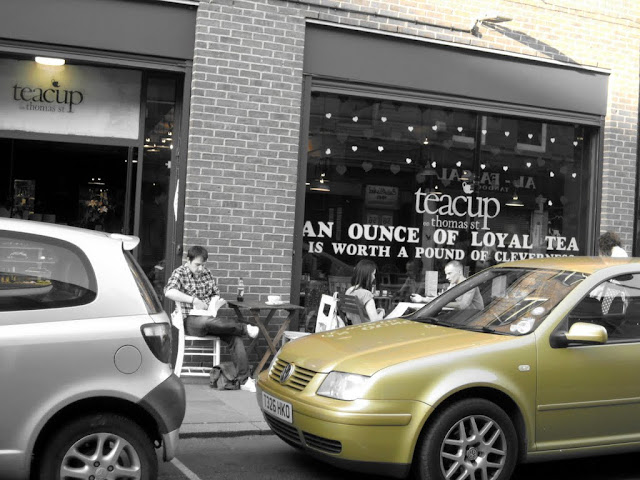 But honestly this is the good stuff you’ve been waiting for: 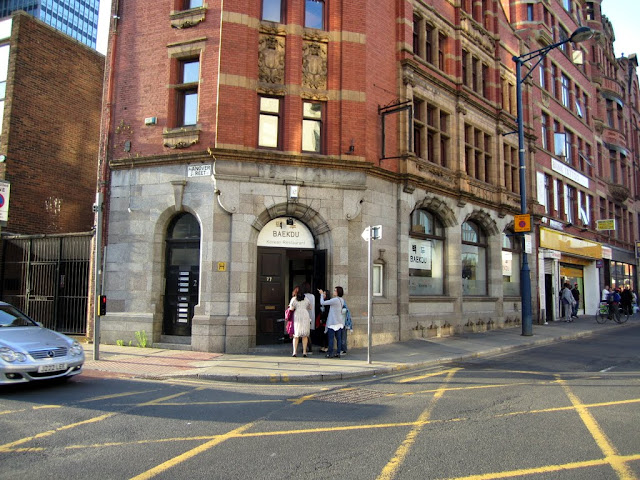 Spring Onion & Seafood Pancake
It was not so much of seafood than octopus/squid in the pancake. I like korean pancakes very much! Fried till crisp, and it goes well with the soy sauce accompanyment. It possibly beats Seoul Kimchi’s pancake because I had soggy pancakes at Seoul Kimchi before. Hmm I would prefer it if there were more spring onions however. Generally it was a good dish to start the meal! 3.5/5 😀

Teriyaki Chicken
Huiming had this for her main course and I got to try a bit of it. Underneath the chicken there was some chinese cabbage that was fried in the teriyaki sauce that the chicken was done in, and on first bite it was a dish that took me by surprise. For a plain simple dish it was really quite tasty and welldone. I really, really liked it. Subsequently though, it got really salty and you get pretty sick of the taste. The accompanying side salad is a simple lettuce salad with a sesame dressing that you’d normally associate with Japanese/Korean cuisine, and was pretty good as side salads went. Funny though my impression of teriyaki is a sticky sweet sauce. Hmmmmmm.. but whatever it is, this was not bad! 3/5! (£8.50)

Hot-plate Pork Ribs
I didn’t try this but Melvin was having a very hard time eating the pork off the ribs. His exact words, “I’m never ordering this again!”. I think we got this because Baekdu mixed our orders up. He wanted grilled beef slices I think. Ohwell.. no comment on this.

Kimchi Pork on Rice
This was my dish! I was craving some kimchi when I ordered this and I think if I enjoyed chilli more I would have loved it more. Also it was possibly bad timing because it was extremely hot that day and I happened to order well… a spicy dish. I would say the kimchi was well done, and the pork slices were tender. The dish was served extremely hot in a stone bowl which I appreciate! Can’t stand places which serve you lukewarm food. After eating a bit I found it relatively spicy, so it’s really not for those who don’t eat chilli or light chilli eaters! This dish was not bad, I wouldn’t mind ordering it again. But I think there’s a reason why kimchi is served cold… Heh. 3/5! (£7.50)

Overall I find Baekdu a bit expensive for the food that they serve, but the portions are BIG. I suppose we didn’t order the correct dishes though because Davidson raved about the hot pot that Baekdu had. Not to worry, tummytay and friends will be back next academic year (actually, just when it gets colder) to eat the hot pot! The service was prompt, but they get quite busy around dinner time! It’s not as big inside as it looks. It can sit about 20 – 30 people comfortably. Guess we’ll be back sometime in Fall!

After dinner we went for a walk…. to the movie theatre. On the way I took some pretty pictures (again!!!). And then we celebrated the end of exams by watching X-Men: First Class, which I liked quite a bit. MORE FOOD REVIEWS TO COME SOON~~~~ 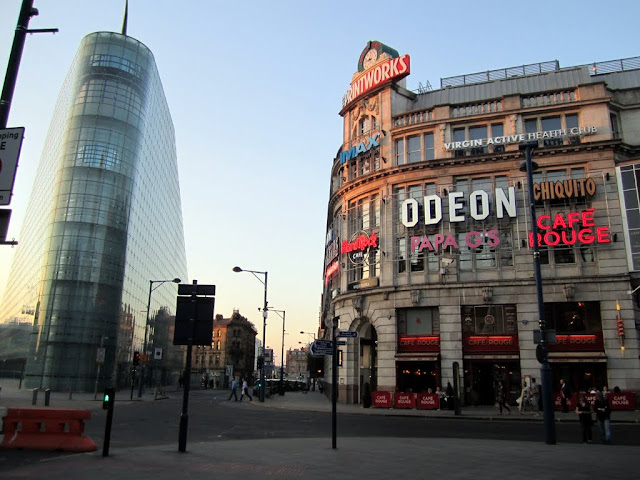 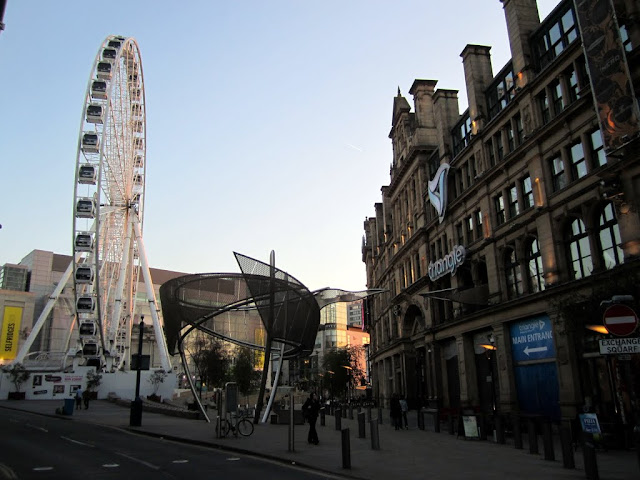